Nice to meet you too

“Music is my life and passion. With over 40 years of experience in the music industry I am still brimming with energy, making your musical dreams come true is what I love doing most. My professional knowledge and honest expertise is why people know me and keep coming back. Anyone can rest assured that their ideas and projects are truly taken care of here, because I treat each and every one of them as if it were my own. Expertise and quality are our highest assets, always with a personal touch and sound advice. In need of a reliable partner that delivers vinyl of the highest quality, always in accordance with the agreed quotation and without any hidden costs whatsoever? Seek no further and don’t settle for less, let us press.” 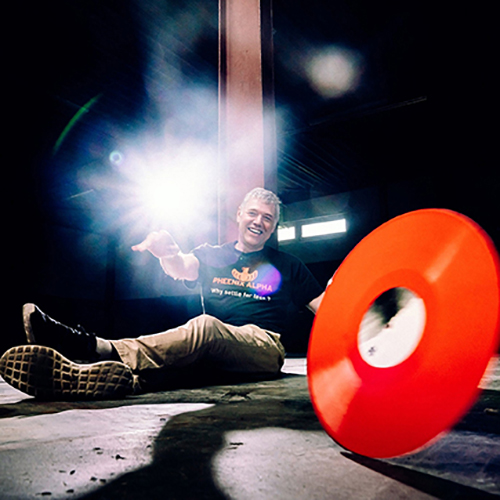 This is what we do

First of all, regardless of the final medium, a recording has to be made. Producers capture signals from microphone sources (or even directly from the instruments themselves) in order to mix and master these recordings afterwards. To create a vinyl record the finished recording is sent electronically to a lathe, that cuts into a piece of lacquer. The waveform of the music forms the shape of the grooves the lathe carves. This lacquer disc is then coated with liquid metal to create the metal master (called ‘mother’) and is used to create the ‘stamper’ (the negative version of the mother). The stamper is then loaded into a hydraulic pressing machine and pressed into the ‘biscuit’ (melted vinyl paste), which ultimately creates the actual vinyl record. During playback, your record player’s needle (the ‘stylus’) follows the record’s groove and produces an electrical signal by means of a tiny electromagnetic generator (called a ‘cartridge’) using magnets and coils of wire to generate the signal. Once passed through a corrective equalizer and amplified, the electric current generated dictates the physical movement of the speakers, which effectively reproduces the recorded sound in an all-analogue playback chain. 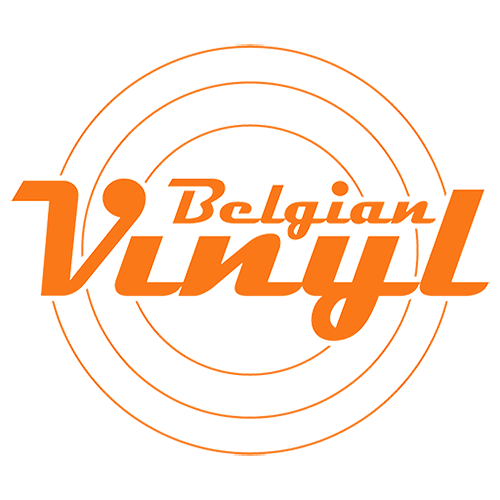 Scroll to top
Welcome to BVPP.
By visiting this site you agree on our cookie- and privacypolicy.
AcceptReject
Manage consent

This website uses cookies to improve your experience while you navigate through the website. Out of these, the cookies that are categorized as necessary are stored on your browser as they are essential for the working of basic functionalities of the website. We also use third-party cookies that help us analyze and understand how you use this website. These cookies will be stored in your browser only with your consent. You also have the option to opt-out of these cookies. But opting out of some of these cookies may affect your browsing experience.
Necessary Always Enabled
Necessary cookies are absolutely essential for the website to function properly. These cookies ensure basic functionalities and security features of the website, anonymously.
Functional
Functional cookies help to perform certain functionalities like sharing the content of the website on social media platforms, collect feedbacks, and other third-party features.
Performance
Performance cookies are used to understand and analyze the key performance indexes of the website which helps in delivering a better user experience for the visitors.
Analytics
Analytical cookies are used to understand how visitors interact with the website. These cookies help provide information on metrics the number of visitors, bounce rate, traffic source, etc.
Advertisement
Advertisement cookies are used to provide visitors with relevant ads and marketing campaigns. These cookies track visitors across websites and collect information to provide customized ads.
Others
Other uncategorized cookies are those that are being analyzed and have not been classified into a category as yet.
SAVE & ACCEPT